New Feature
a year ago

Listen up, folks! We just opened up a whole new world of networking and attendee interaction in Socio. Half the magic of attending an event in-person is being able to talk to people face to face. Anything that brings virtual attendees closer to that experience is a huge win for your events. That's why we're thrilled to announce the release of the Video Rooms feature and private video messaging. 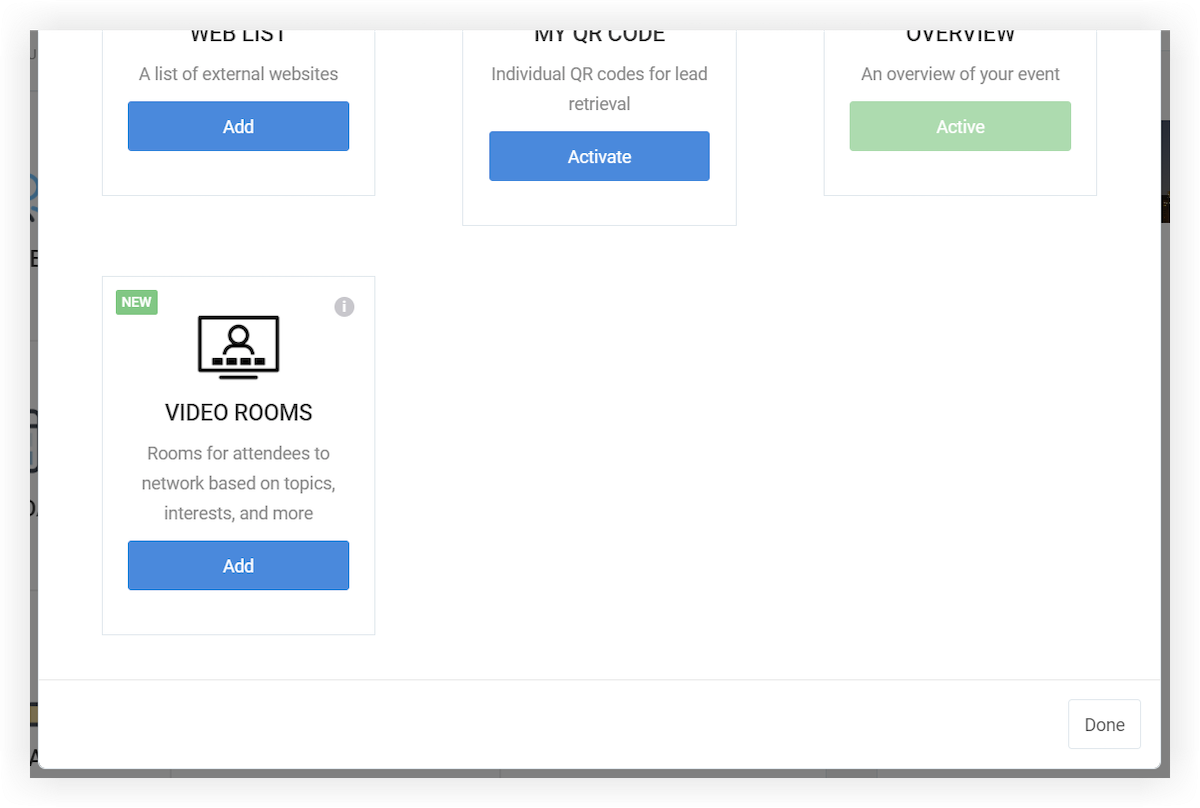 With Video Rooms, you can set up spaces where up to 10 attendees and 3 moderators can talk with one another via live video, audio, and typed messages and send Connection requests. Attendees can also share their screen.

You can use Video Rooms for breakout discussions, live Q&A, staff meetups, icebreaker rooms, Sponsor demo rooms, or whatever else you can dream up. For now, this feature is only available on the Web App, but mobile support is coming soon!

Video Room moderators don't count against the 13-person limit, and they can remove people from the room and delete their chats at the same time.

To get started, check this out.

Along with Video Rooms, we've added video messaging to the current attendee to attendee text chat on both the Web and Mobile apps! Currently, you can have up to 10 people in your private video chat. 😄

Web App Attendees can click the Video button at the bottom of a chat conversation.

Mobile App users can tap the + icon at the bottom of a chat conversation and then tap Video. When they're ready, people can click or tap Join Video Chat. 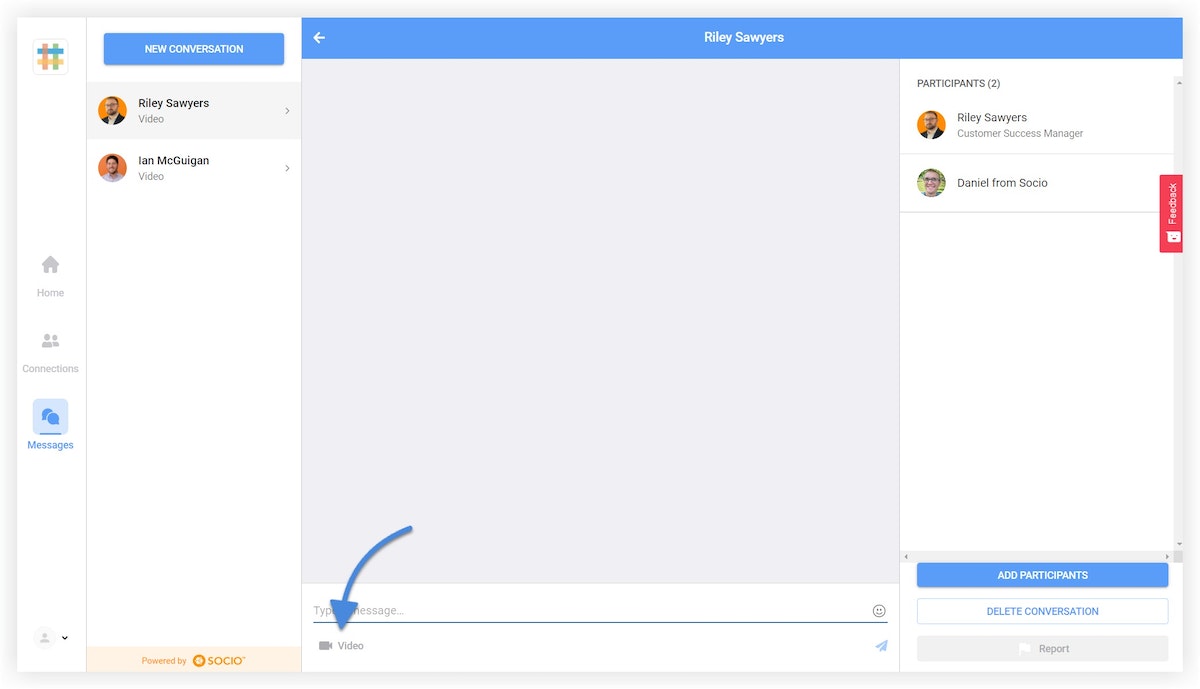 Inside a Video session, users can mute their voice or video feed and send each other typed messages. Web App users can also share their screen.

We're super happy to bring these awesome features to you. Here's to many more in the future! 🙌

Hop over to the Socio Platform and take a look for yourself. Not a customer yet? We'd love to give you a demo!